The African Magic Viewers Choice Awards (AMVCA) was a day to be remembered as it came with its own glitz, glamour and drama, and criticism. The event saw the reveal of best-dressed celebrities to worst dressed, and then there were outfits inspired by the Coronavirus pandemic, but a lot of disappointment came from the snub of Kemi Adetiba’s movie, King of Boys. Despite been nominated in 11 categories, the movie didn’t win any award. Nigerians have now taken to social media to share how disappointed they are about the movie not winning any award.

One twitter user commented saying “So no king of boys did not win anything? Wow Wow Wow”

Another said; “Was there a ban on Kemi Adetiba’s King of boys or what? it looks like they were blacked out at the ongoing award or na my timeline?” 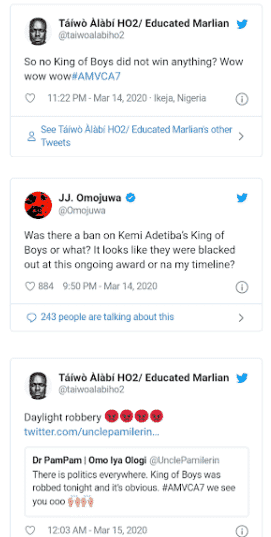 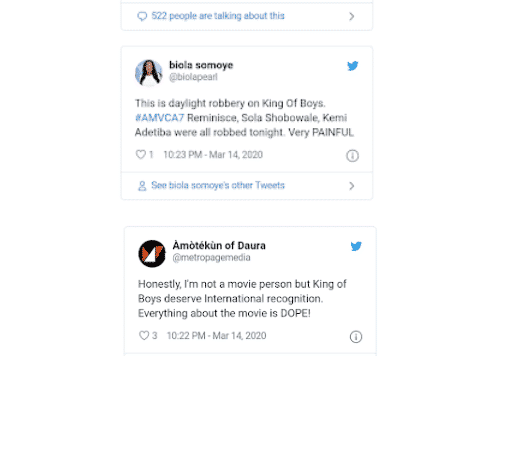 Nigeria Exposes Her Corruption, She Is Not The Giant Of Africa – Gifty Powers