Burna boy has reacted to a report he finds ridiculous that he is worth $3.5 million.

According to Forbes, the 29-year-old Afrobeats singer is worth $3.5 million, which he finds funny and not true. He then took to his  Snapchat to react saying that $3.5 million won’t even buy his cars.

When you realise it’s only lockdown day 4 ? – – ? @nicolasgerardin

According to him, by the time he recorded “All eyes on me” in 2014, he was already dancing around that amount.

I might have to start doing some showing off.

Fun fact; By the time I recorded “All eyes on me” I was dancing around that 3.5 level” 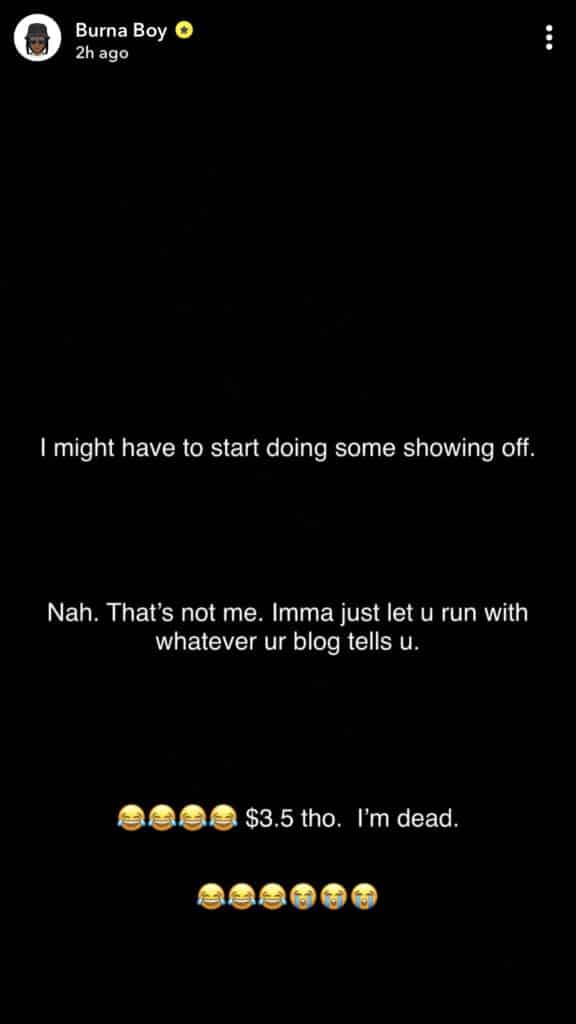