Tiwa Savage was brutally insulted by some Nigerian due to a comment she made hailing  American singer Kelly’s Rowland banging body.

The singer commented on a picture Kelly posted pointing out that she doesn’t have any stretch marks.

Fans were not pleased with the comment as one slammed her saying it was a dumb compliment that could make women with stretch marks feel insecure about their bodies.

Kelly, on the other hand, did not like the way Tiwa was treated and defended her saying Tiwa didn’t mean it in a bad way.

“I just saw some of these comments fired at my girl @tiwasavage, How could this compliment be taken in a negative way? If you are on my page, coming for her, please get off! She had NO ill intent with her comments! She is a dear friend, and like I’ve said before, we DO NOT attack ANYONE on my page, but especially those I am close to! Have beautiful day!” 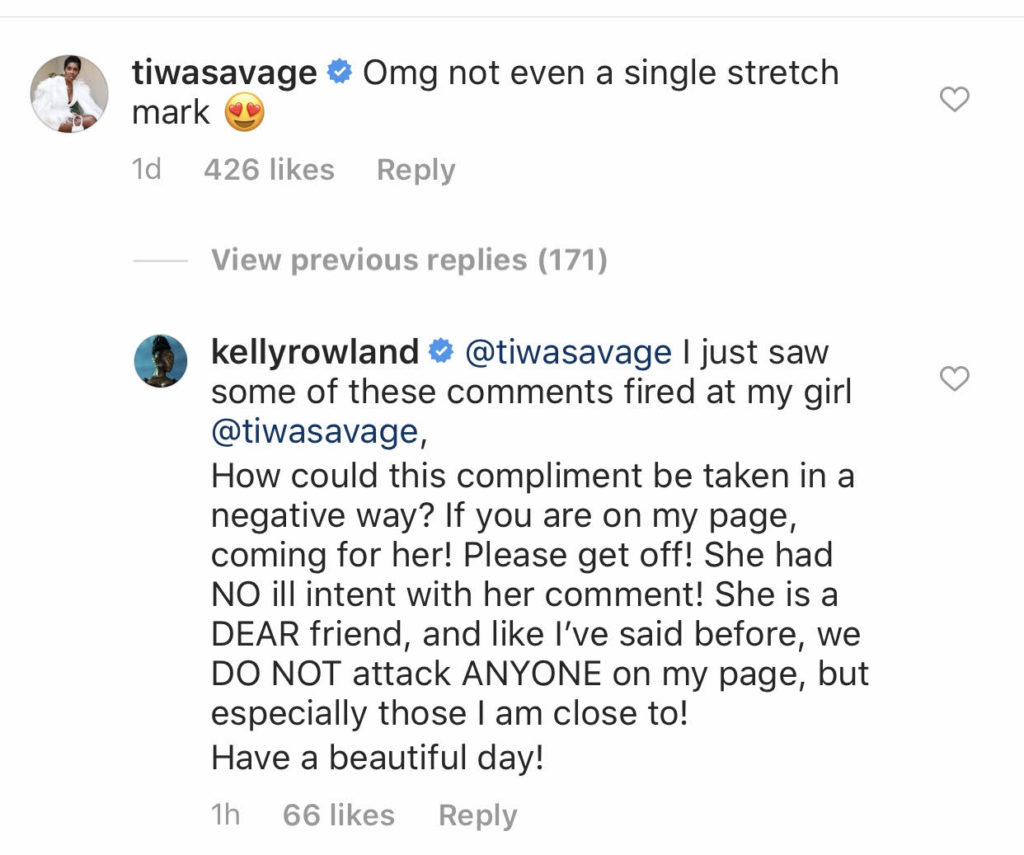