Controversial cross-dresser Bobrisky who is known for his act of putting on costumes, dresses and other attires that belong to the opposite sex has debunked viral online reports of his death. He is known to have come over a lot of criticism from people and this time he trolls on anything depicting negativity around him and has taken to his Instagram page to share a photo of himself saying he his still functioning and declaring that he is alive and well.

He said anyone wishing him death would die first, then added by saying he would honour the person by attending his/her funeral and slaying in a black attire 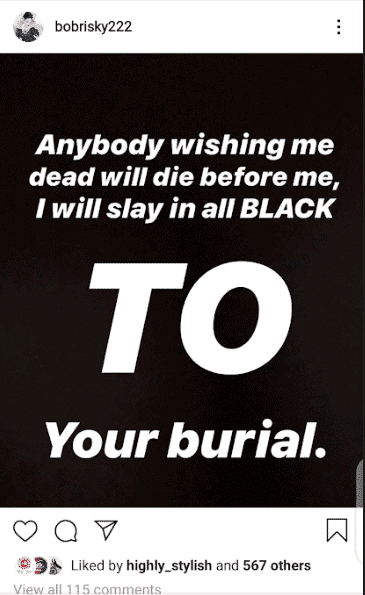 ‘Need You’: Fireboy DML’s Latest Video Is A Bitter Sweet Tale Of Love