I Am Tired Of Fake Life – Simi Opens Up

Simisola “Simi” Ogunleye is a Nigerian singer, songwriter, and actress as expressed dislike for the level of fake life she sees on social media which is making her contemplate quitting the various platforms.

The singer added that she’s tired of the pointless lifestyle on social media which she believes many people really don’t give a damn about.

In a post below shows a screenshot of her response; 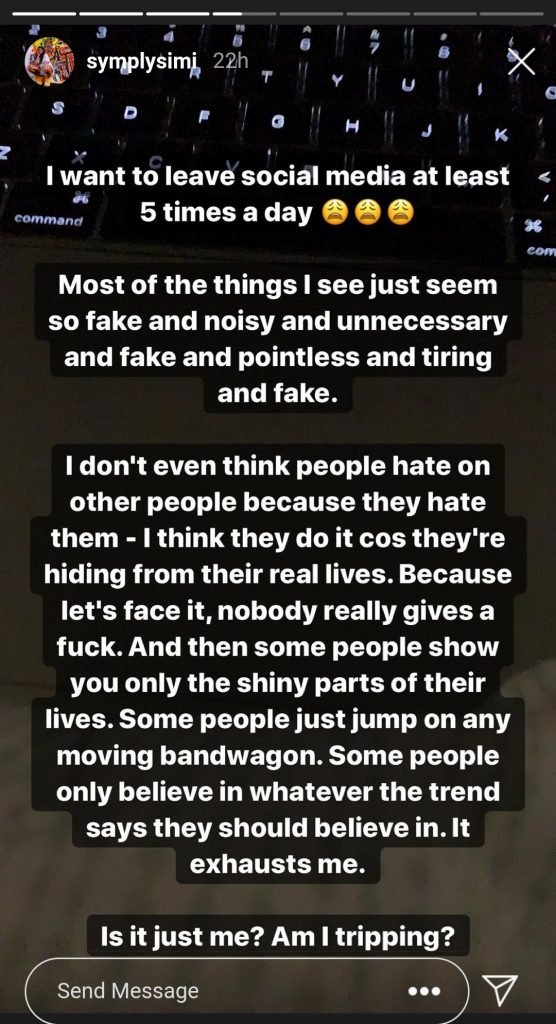 A few months ago the singer reacted to news about her being pregnant.

Since she got hitched to her colleague, Adekunle Gold, Simi has always teased fans with pictures of a protruding belly.

However, her recent pictures have again given rise to some questions on social media.

A certain twitter user, in response to her recent pictures which suggest that she is pregnant, Tweeted saying . Aww….Simi is preggy . Simi in response gave a hilarious response asking the fan if she was the one that impregnated her. She wrote “Is it you that preggy me? lol”