Lolu Shomuyiwa who was a former housemate in the BBNaija reality show, on Wednesday announced that he is engaged to his girlfriend.

The 29-year-old announced this on his social media, according to him she is the most beautiful lady and she was simply identified as Dodo. 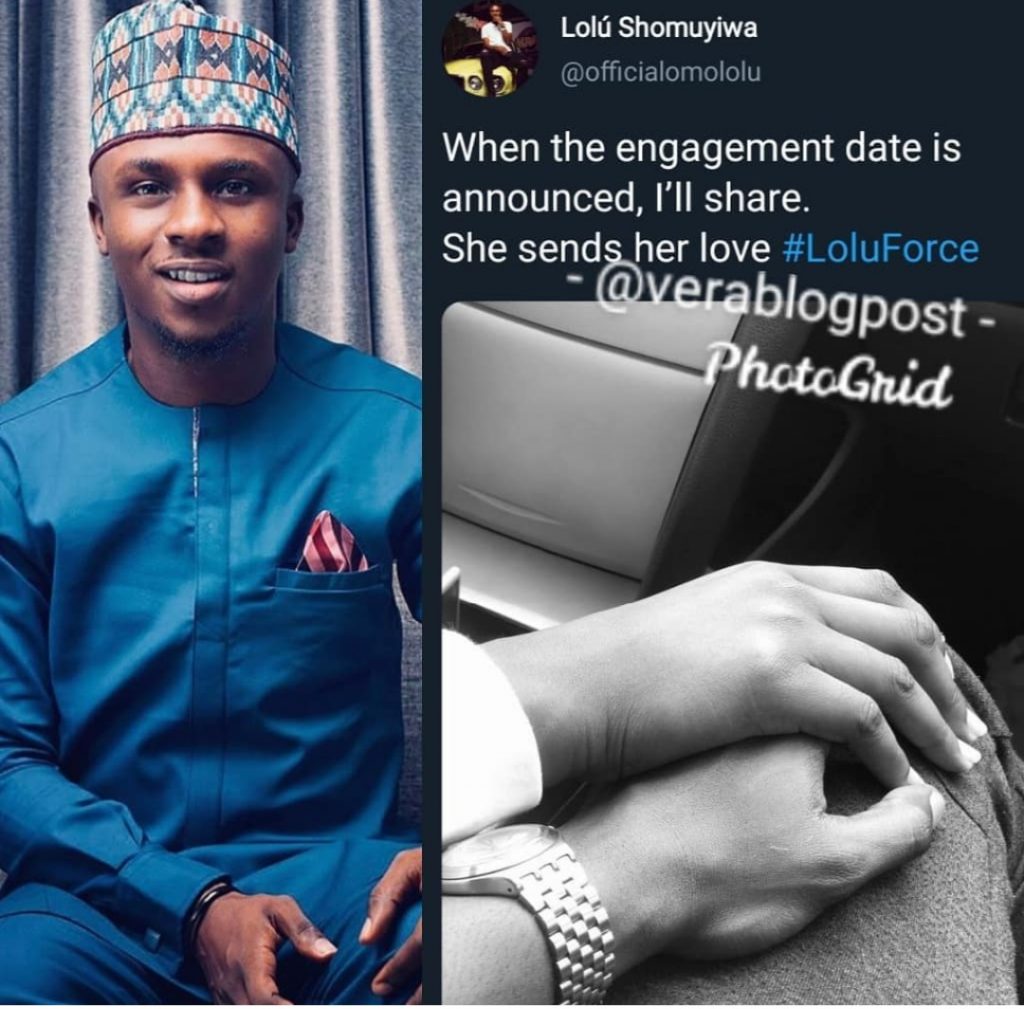 Fellow BBNaija reality TV star, Anto who admitted to having fallen for Lolu was romantically linked to him, up until her first eviction.

When she finds out, her supposed lover, was in love with someone else, she then ignored him and reported him to fellow housemates amidst tears when he was recalled to the Big brother house

However, it appears that matters of the heart can be quite confusing as Anto and Lolu found each other and had a makeup kiss which lasted for more than a minute

However, shortly after their eviction from the house, Lolu and Anto parted ways.

Speaking, Anto said: “I and Lolu are not in a relationship.

“I wanted to be together with Lolu but he said No.”

“We had our differences that was the reason I turned the relationship down.