Nigerian singer Timaya has fired back at Hushpuppi after the Dubai based big boy criticized him for calling out celebrities who wear fake designer clothes.

The video that was recalled Timaya did, was when he asked people not to compare him with celebrities in terms of fashion because he doesn’t wear Nigerian made clothes but authentic designer clothes from abroad.

This statement he made did not go well with the brand ambassador for the designer wears he flaunts Hushpuppi, then he recalled how Timaya and Phyno did a song to diss him just because he called out celebrities who wear fake Patel Phillipe wristwatch.

Hushpuppi wrote as seen in the screenshot below. 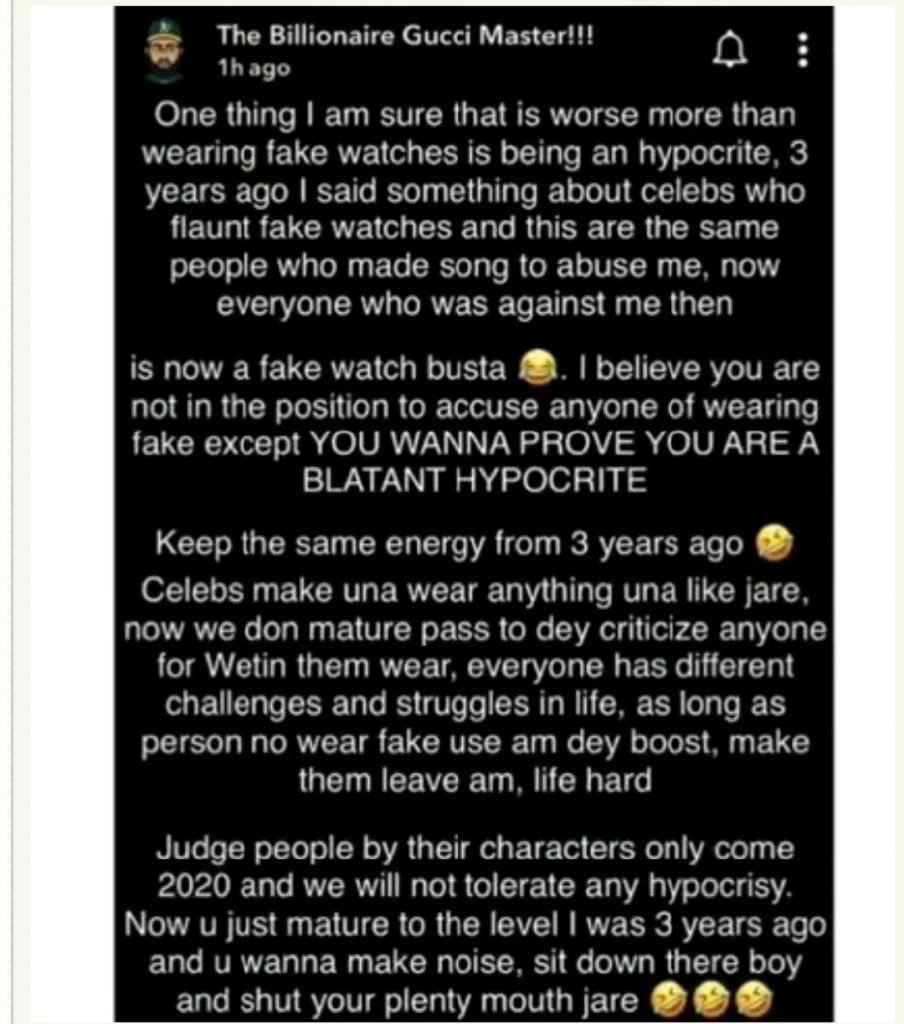 Watch the video below of Timaya’s reply to Hushpuppi; ‘The Mandalorian’: The Baby Yoda Phenomenon